Programming EVENTS is as simple as editing the events.txt file, located in the main directory. Compared to Java, there is no compilation process. When you save the file, it is automatically reloaded and becomes immediately effective.

In this chapter we will describe the general format of events.txt, and all the built-in events and actions.

The events.txt file is usually modified with the text editor in HSYCO’s File Manager. When you save the file, it is automatically checked and, if errors are found, a warning icon appears in the top bar. 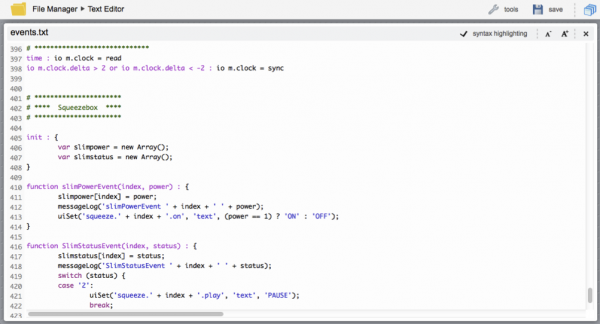 This process is normally performed top-down on the events.txt file, but the execution order is not guaranteed.