The user interface for the Lares4 multi-area intrusion detection system: 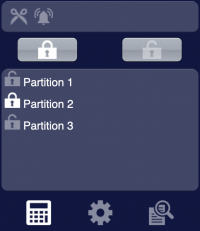 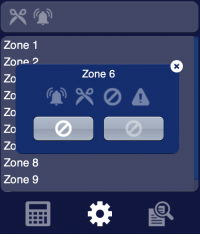 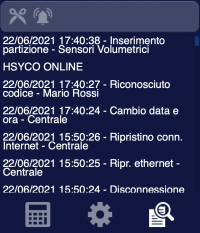 The second image shows the popup associated to a zone; the four icons shown inside the popup represent in order: zone alarm, zone tamper, zone bypassed, zone fault. Inside the popup you can bypass/unbypass the selected zone.